Lake Mburo National Park prides in having numerous wildlife species that are difficult to track down in other Ugandan parks, including Burchells zebra’ and Rothschild’s giraffe. Covering 370km2, it is a spectacular wild gem to encounter some of the more beautiful but less common antelope species like roan antelope, klipspringer, duiker, oribi, impala, impala, reedbuck and topi.

Lying at 1,220m-1,828m above sea level, the park features series of 13 lakes which form part of a 50km-long wetland area, surrounded by grassy savannah peppered with thickets of woodland and patches of forest and rocky outcrops. It is underlain by ancient Precambrian metamorphic rocks that are more than 500million years old.

For sweeping views of the magnificent landscape, scale Kazuma lookout.

Luxury in the Ugandan Wild 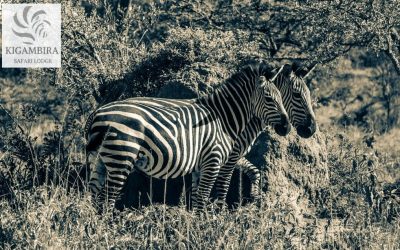