5 Reasons You Need to See Gorillas in Uganda 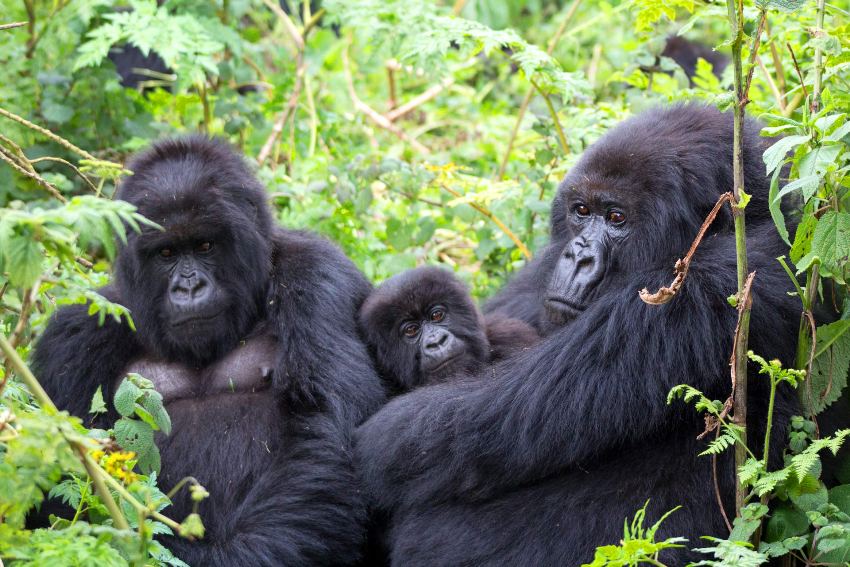 Sitting in silence on the cold ground of a Ugandan forest for 60 minutes might be one of life’s greatest privileges. There are fewer than 900 mountain gorillas in existence, and gorilla trekking provides a rare opportunity to observe the everyday interactions of these gentle, mysterious primates.

Mountain gorillas only live in the dense vegetation of Uganda’s Bwindi Impenetrable Forest National Park and along with the dormant volcanic Virunga mountain range that stretches across Rwanda’s Volcanoes National Park, Uganda’s Mgahinga Gorilla National Park, and Virunga National Park in the Democratic Republic of the Congo.

In 1981, environmentalists estimated there were only 254 mountain gorillas left in the world, but the small population is rising slowly thanks to intense international conservation efforts. Since these critically endangered creatures can’t survive in captivity, the only way to see them is by trekking up to their natural habitat: misty cloud forests that can reach altitudes of 14,763 feet.

Here are 5 reasons to make Uganda your base for this incredible journey.

You’ll Be Where Half the World’s Mountain Gorillas Live.

There are two gorilla trekking spots in Uganda: Bwindi Impenetrable Forest National Park and Mgahinga Gorilla National Park. Gorillas don’t pay mind to political borders, so populations across the Virungas are relatively fluid. Uganda has an edge, however, since Bwindi alone is home to half of the world’s mountain gorillas.

Bwindi Impenetrable Forest National Park (also called “The Place of Darkness” due to its dense treetops) is an ancient, montane and lowland forest spanning 128 square miles. The region was named a UNESCO World Heritage site thanks to its incredible biodiversity and the large number of endangered species that call it home.

Mgahinga Gorilla National Park accounts for 13 square miles of the larger Virunga habitat, which stretches across 168 square miles into Rwanda and the Democratic Republic of the Congo. The national park includes three of the eight major Virunga peaks: Mount Gahinga, Mount Muhabura and Mount Sabyinyo.

You Can Fight Habitat Destruction by Supporting Community Enrichment.

Habitat destruction is the main threat to mountain gorillas. Communities around the parks are heavily populated, and residents have traditionally used the land around national park boundaries for farming or logging.

Since tourism is now Uganda’s most lucrative industry, and the majority of tourists come to see the mountain gorillas, trekkers are encouraged to seek out ways to give back to the communities they visit. One popular option is to hire a porter, who is always a local resident and occasionally a reformed poacher. The landscape within the parks is unpredictable and difficult; porters help guide trekkers through river crossings and up steep, muddy inclines.

Another option is to participate in community-led cultural initiatives. In Bwindi village, the Bwindi Bar trains disenfranchised young adults in hospitality through rigorous classes and work experience. Around Mgahinga, elders of the Batwa tribe lead visitors on a forest tour along the Batwa Trail, explaining how their self-sufficient, forest-dwelling tribe traditionally used medicinal plants.

There are strict regulations in place to make sure the gorillas stay healthy and wild—starting with the gorilla trekking permit process. Daily viewings of each gorilla group are extremely limited, so visitors should apply well before their desired dates.

In Uganda, permit costs vary depending on the season. In April, May and November, permits are $450. The rest of the year, they cost $600. In contrast, permits in Rwanda now cost $1,500 year-round.

Most trekking in Uganda takes place in Bwindi, where there are multiple starting points and several gorilla families to track. Visits are led by park rangers and groups of eight are allowed to observe the gorillas for one hour, in silence and at a safe distance.

You Can Take on Challenging Terrain.

One look at southwestern Uganda’s green terraced hills and rolling volcanic slopes and it’s clear this area of the country is not for the faint of heart. Add in the high altitude and the challenging terrain, and gorilla trekking in Uganda promises to be the adventure of a lifetime.

It’s hard work to reach the gorillas. It requires navigating uphill and downhill through thick tangles of vines, thorns, and roots. The appropriately named Bwindi Impenetrable Forest National Park is only accessible by foot. There are no paths, no signs, no directions—and more often than not, no clearings (which is why the park rangers carry machetes). The good news? The reward seems that much better after all of the hard work.

Other Primates Will Inevitably Cross Your Path.

Uganda is a primate lovers’ dream. In addition to mountain gorillas, Mgahinga is home to another endangered species: the golden monkey. These furry, comical monkeys live high up in bamboo forests. Tracking golden monkeys is very similar to tracking gorillas, but the trek itself is not quite as challenging. 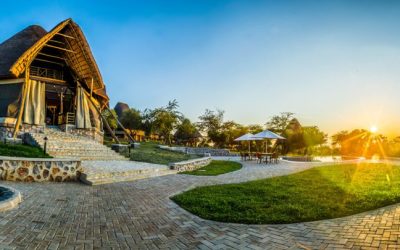 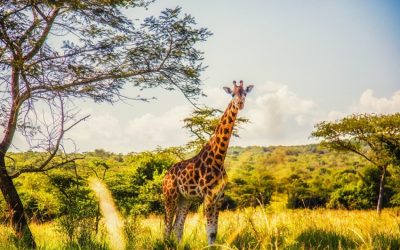 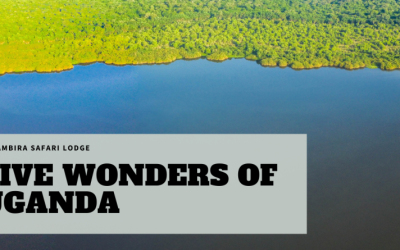